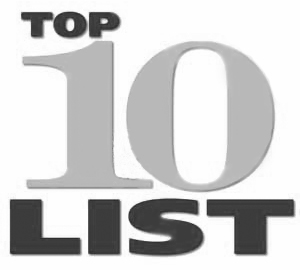 Now that the Kentucky Derby has come and gone, the weekly Top 10 Contenders lists are no longer needed. My top pick all prep season long was Orb, and he didn’t disappoint. As we head into Pimlico next week for the Preakness Stakes, I thought it was time to tweak the weekly Top 10 and turn it into a more comprehensive list. Rather than break down each individual division in thoroughbred racing, I thought I’d borrow a term from the world of boxing and create a Top 10 “Pound for Pound” list – more or less ranking the horses I believe to be the top 10 in training at the moment, regardless of sex, surface in which they race, or distance. Just a ranking of the top 10 horses in racing. Without further adieu, the inaugural Top 10 “Pound for Pound” list:

After decimating a classy field in the world’s richest race, the Dubai World Cup, Animal Kingdom is headed to Royal Ascot for the grand finale of his career. All along I thought Animal Kingdom would run in the Prince of Wales’ Stakes at 10 furlongs, but trainer Graham Motion has made it clear that the Queen Anne, contested at a flat mile, is the actual target. If he were to win the Queen Anne, Animal Kingdom would pull off an incredible career “treble” – a major Grade I win in the United States on dirt (Kentucky Derby), a major Grade I win in Dubai on synthetics (Dubai World Cup), and a major Grade I win in the United Kingdom on turf (Queen Anne). He’d undoubtedly go down as one of the most talented, versatile thoroughbreds in the past 25 years.

The reigning Horse of the Year was nothing short of spectacular on the Kentucky Derby undercard, easily taking the Grade I Woodford Reserve Turf Classic at Churchill Downs. The thing that makes Dan so special is his ability to deliver his “A” game on any surface he competes on. Whether the turf is firm, soft, or yielding, whether it is dirt or synthetic, one thing is certain – Wise Dan is going to put forth an admirable effort that is more likely than not going to end with him in the winner’s circle.

Game on Dude has always been a bit of an enigma to me. When he fires his best effort, you’ll be hard pressed to find a horse in the country that can run with him. However, it sometimes seems like whenever he faces some adversity or things don’t set up ideally for him, he wilts and doesn’t come through. I’ve always thought that he doesn’t love 10 furlongs, but he sure looked impressive taking the Santa Anita Handicap earlier this season. Granted – he was allowed to walk on the lead, but nonetheless he was incredibly strong.

We were all salivating at the idea of the showdown on the Kentucky Derby undercard between Point of Entry and Wise Dan in the Woodford Reserve Turf Classic. Unfortunately, the weather gods weren’t cooperating with us, and Point of Entry was scratched due to the soft footing. Point of Entry may be the best turf horse the United States has produced in the past decade, and he doesn’t look like he’s going to be slowing down any time soon. A tough luck second in the Breeders’ Cup Turf in November, Point of Entry came back to defeat Animal Kingdom in the Gulfstream Park Turf Handicap in February. He’s a classy horse, and he figures to continue to be a prominent figure in the turf division this season.

It’s clear that Royal Delta is better than what she showed in her poor effort in Dubai. The back-to-back defending champion of the Breeders’ Cup Ladies’ Classic, Royal Delta has the looks and ability that would suggest she can compete with all of the top thoroughbreds in the country – male of female. I fully expect Bill Mott to get her back on her game and run a campaign very similar to last year’s. The one caveat? I think Royal Delta takes on the boys in the Breeders’ Cup Classic at Santa Anita in November.

It seems like Delaunay has figured things out as a 6-year-old. The run that this gelding has gone on is nothing short of sensational. He has now notched six consecutive triple digit Beyer Speed Figures, and he doesn’t look to be slowing down. I don’t fully understand the rationale behind giving this horse a rest right now, simply because he is clearly in peak form. Sometimes horses of this age don’t rebound coming off of a layoff, but I’ll give Tom Amoss the benefit of the doubt in knowing his horse. At any rate, you’d be hard pressed to find a sprinter in the country right now that could put a legitimate scare into Delaunay.

The winner of Kentucky Derby 139 was spectacular in the slop, closing into a fast pace and beating a field of 19 three-year olds by 2 1/2 lengths at Churchill Downs. The amount of checkmarks this colt has accumulated are very impressive – he can run into any sort of pace, he can run on slop, he seems to excel as the distances increase…what else do you want in a race horse? You know he’s in great hands, being owned by the Phipps’ and the Janneys’, as well as being trained by Hall of Famer Shug McGaughey. He’s surely going to be a short price at Pimlico for the Preakness…can he notch the middle jewel of the Triple Crown? I’ll be shocked if he doesn’t…

Probably the most surprising of my top 10, I think Kauai Katie not only has the potential to be the best female sprinter in the country by the end of the year – I think she could be the best OVERALL sprinter in the country. The only loss of her career was in the Breeders’ Cup Juvenile Fillies, which is contested going a route of ground – something she clearly doesn’t want to do. She has yet to be challenged when sprinting, and I’m really looking forward to seeing her compete for the rest of this season.

He was briefly the world record holder at a mile and a half on the turf…and when I say briefly, I mean for about a week. Having said that, I think Bright Thought is the “new kid on the block” in the turf division, and he could be an absolute monster. He is yet to run a poor race on the turf. In fact, each of his turf starts has been better than the previous. It looked as though he could potentially be a “need the lead” type of runner, but he dispatched that idea when winning his last time out at Santa Anita. The summer target for him is the Arlington Million, and I’m sure the overall goal will be the Breeders’ Cup Turf at Santa Anita in November.

I don’t necessarily think the female turf division is loaded with immense talent, but there may not be a deeper division in the country. Of the lot, I think Centre Court could develop into the top filly of the crew. She’s a graded stakes winner at Saratoga, Churchill, Gulfstream and Keeneland. If she stays sound and continues to develop, I think she could turn into a very nice filly that could put together a solid career.